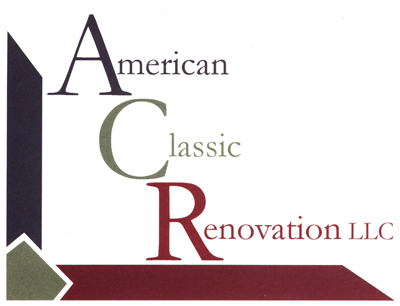 On February 21, 1929 the Liberal News reported that the Chamber of Commerce decided to undertake a project to secure commitments for a new modern hotel to be built in downtown Liberal.  Plans were drawn up for an 86 room, four story hotel at the corner of Third and Kansas Avenue, a state charter was secured, bylaws adopted and officers elected.

In June 1929 the Liberal News reported the estimated cost of construction would be $175,000, $50,000 in common stock was already subscribed, $25,000 was to be sold to the town at large, and the balance would be sold as preferred stock.

Mr. Charles Ellis of Wichita was selected as architect. The HW Underhill Construction Company, which had just completed the high school addition, was named general contractor with a bid of $155,000 and a 23 week construction plan.

On February 22, 1930 the Liberal Hotel Company entered an operating lease with Warren E Smithers and Guy T Helvering of Salina to operate the hotel. Initially named the Wheatland Hotel, the name was changed to Warren Hotel as the lessees operated two other hotels in Kansas with that name.

The grand opening of the Warren Hotel on 4 April 1930 drew a crowd estimated between three thousand and ten thousand people. Mr Helvering estimated the crowd at six thousand.

The exterior of the building reflects the Art Deco style of the 1920s and 30s. The exterior graphics were highlighted by decorative elements of chevrons, triangles, stepped patterns, spirals and fronds done with brilliant, pure colors.

The Warren served as Liberal’s downtown hotel under Smithers and Helvering from 1930 until 1953 when their interest sold to Mr and Mrs N S Lepley. The Lepley’s sold their interest in 1963 to Mr and Mrs Bob Ross who managed the hotel until 1970 when they sold to Jim Kemper. The son of Jim Kemper took over the building in 1974 but the building became disused sometime in the late 1970s, the fate of many a grand downtown hotel. A series of deed transactions resulted in the building being owned by the Landmark Center, Inc in September 1981, R.E. Hood, President.

In 1982 the building was gutted and Strait and Associates of Colby, Kansas engaged as renovation architects and Kanco Construction of Colby as general contractor.

The renovated Warren Hotel Landmark Center (now encompassing the 1930s adjacent building known both as the “Mercantile” and “Woolworth Building”) contains 15 condominiums in place of the original 81 hotel rooms on the upper floors, nine retail and professional business suites on the ground floor, 10,000 square foot retail and event facility in the basement, and an additional 9,000 square feet of retail and professional space in the Mercantile/Woolworth building. The elegant two story hotel lobby with its two large Art Deco chandeliers remains a focal point of the Landmark Center. A nineteen car private garage is attached facing Washington Street with an additional public parking lot.